Boarding at the OPS

Boarding is an integral part of school life for children in Year 3 upwards.

We provide full, weekly and flexi boarding to children from the time that they enter our Prep School (from Year 3 onwards). Interestingly, now more than ever before, there is growing popularity for boarding among our youngest Prep day pupils, aged 7 and 8 years old, who are taking full advantage of our weekly flexi-boarding programmes.

On Sundays, typically boarders have a welcome sleep-in followed by an organised outing, as described further below. Mass is celebrated in the morning or evening.

During weekends, boarders also make the most of our facilities, such as the sports hall to play a range of sports and our indoor 25m pool to have fun swims. The School has 65 acres of land and boarders love spending time outdoors, exploring our woodlands, playing outside on our numerous fields, on-site adventure playgrounds and cycling around the grounds. Catch-up calls and face-time with family and friends are built into the weekday evenings and of course at weekends. 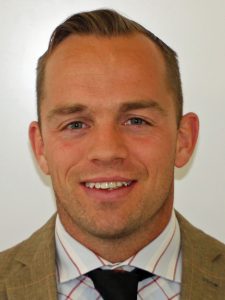 Mr Ed Binham is the Boarding Housemaster at the Oratory Prep School. He has been a teacher at the OPS for five years and as well as Boarding Housemaster is also Master-in-Charge of Rugby. He has been married to Melanie for over 7 years who has recently returned to Air Cabin Crew duties with British Airways. They have three children all loving life at the OPS Boe, Minnah and Sullivan.

Mr Binham is a Politics graduate from Loughborough and after acquiring his Master in Contemporary European Politics embarked upon a professional rugby union career spanning over a decade. Mr Binham loves being outdoors and has a wide range of sporting pastimes. Unlike his Bulldog Rocksi who is quite happy to ignore walks and sleep all day. Mr Binham has an aim of competing in the British Masters for weightlifting. Mr Binham grew up in the Midlands and is a former pupil of Blue Coat School Birmingham and Bromsgrove.

The Boarding Houseparent is supported by a large number of resident staff as well as by a full-time matron and her two assistants. The matrons look after the day-to-day needs of the children, including health matters, and oversee the organisation of the children’s clothes. The school doctor visits the school once a week, and all boarders are registered with the local surgery.