The word spirituality can cover many aspects of school life. In a sense it is an indispensible element in educating whole, happy and well-rounded young people. To be effective and real it is has to be specific. Every child has within them the invisible threads of something spiritual, embracing ideas, influences, imagination, creativity and upbringing. These need to be carefully and sensitively woven into a pattern which is recognisable, formative and clear.

At The Oratory Preparatory School this means fidelity to the foundational values of faith and worship derived from our first beginnings in 1859. The school traces its origins to John Henry Newman, a former Anglican Oxford intellectual who became a Catholic and was later made a Cardinal. He was declared “Blessed” by Pope Benedict XVI, on a special visit to England in September 2010. The contemporary expression of Newman’s inspiration, which was a complete development to its logical conclusion of all that was best and verifiably continuous in the Christian tradition, is that which underpins the spirituality of the OPS in the twenty-first century. It is like a golden thread that runs through the rich tapestry of the school’s tradition of teaching and empowering young people. We want to assist them to be the best that they can be, within a framework that draws from past experience and incorporates perspectives into the future.

We use a variety of well-established routines of prayer and reflection to engage our young and enquiring minds. As well as weekly Assemblies of the whole school, the small Chapel, with its particular furnishings and quiet atmosphere is the almost daily focus of a great deal of the prayer life of the pupils. Groups of children of the same years, gather on weekdays to take part in the Mass. That is to give pride of place to Catholic worship, which identifies the school for what it claims to be and for what its parents have chosen for their children’s education. Devotional and practical aspects of religion, relating to age-old traditions of communal and individual prayer are explained and experienced with regularity. Annual visits to places associated with historic Christian events, such a Rome, are arranged for older pupils. These never lack majority support in those years.

As an indication of the popularity from its principal participants for the school’s religious tradition, more than one third of the pupils of year 3 and above – without always being from a Catholic background – are currently voluntarily involved during the year in assisting at Mass, through singing, reading and helping at the Altar. Throughout the year there are references to the sacramental and devotional life of that tradition of faith which the school promotes and in which the pupils are encouraged to engage in at all levels. At parents’ request and with their cooperation children are prepared for the reception of Catholic Sacraments when they are considered ready for such spiritual initiation. The seasons and festivals of the Church are marked and celebrated with proper participation by pupils and many parents, whenever possible. Pupils are taught and encouraged to have a real sense of right and wrong and of responsibility for the welfare and safety of each other as well as an appropriate respect for differences and disabilities. As soon as is relevant to their age and understanding, the pupils are involved in projects and ventures to support those in need, both locally and within the region as well as overseas.

While all these elements are available as an essential part of belonging to a school which rejoices in its religious and historical connection to the Universal Church, emphasis is laid upon the freedom of each child in their choice of a personal faith. Learning what it is meant by believing is a part of the daily routine of the pupil. The ultimate choice will undoubtedly be influenced by what has been heard and seen in this regard, but it is always that of the child, encouraged and supported by family, teachers, and – to an extent – by friends.

Although the Christian tradition makes up the majority of faith among the pupils other religious communities are represented within our school community. They are also given space and expression in the curriculum and in practical visits and investigation. Visits to and instruction in the major places of worship accessible within a day’s journey, form an annual feature of every pupil’s experience at different levels throughout the school. The most flourishing initiatives of spirituality are those which foster a clear perception of the unifying aspects of all faiths as well as firm grasp of the basic principles of that which is particular to the school’s own lived experience, and also promote a sensitive and sympathetic approach to differences and divisions. The success of the Oratory Prep School’s spiritual formation and influence may be gauged by the results of the most recent inspections which, in every case, judged the response of the pupils and their ability to express their feelings as “outstanding”. Improvement in aims, methods and results must always govern our endeavours. We continue to expand our horizons and promote values and virtues which will enrich and sustain future society and enhance the achievements and personalities of our pupils.

We use cookies on our website to give you the most relevant experience by remembering your preferences and repeat visits. By clicking “Accept All”, you consent to the use of ALL the cookies. However, you may visit "Cookie Settings" to provide a controlled consent.
Cookie SettingsReject AllAccept All
Manage consent

This website uses cookies to improve your experience while you navigate through the website. Out of these, the cookies that are categorized as necessary are stored on your browser as they are essential for the working of basic functionalities of the website. We also use third-party cookies that help us analyze and understand how you use this website. These cookies will be stored in your browser only with your consent. You also have the option to opt-out of these cookies. But opting out of some of these cookies may affect your browsing experience.
Necessary Always Enabled

Performance cookies are used to understand and analyze the key performance indexes of the website which helps in delivering a better user experience for the visitors.

Analytical cookies are used to understand how visitors interact with the website. These cookies help provide information on metrics the number of visitors, bounce rate, traffic source, etc.

Advertisement cookies are used to provide visitors with relevant ads and marketing campaigns. These cookies track visitors across websites and collect information to provide customized ads.

Other uncategorized cookies are those that are being analyzed and have not been classified into a category as yet. 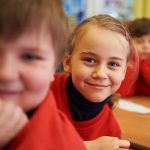 Weekday Open Events
We are pleased to offer two Weekday Open Events where you can join us for a personal tour and see our school in action! These are to be held on Monday 21 June and Thursday 24 June between 10.00am – 11.30am.
Places are limited so booking is essential.  We look forward to showing you around our beautiful school.
Visit our Registration Page to Book Now.